**A copy of this book was received in exchange for an HONEST review. Reviews through Novel Idea Reviews are NOT bought and every opinion is that of the reviewer and was in no way influenced by the author or in exchange for a free copy of the book.** 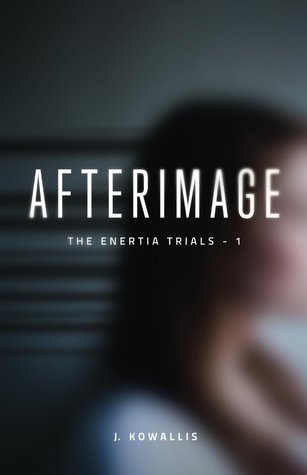 Reggie’s dreams . . .
aren’t dreams.
Visions of the future flood her mind like shards of broken puzzles. Caged in her cell, every morning begins the same. She’s drugged, tortured, and images are torn from her memory by Public One.
Until the morning everything changes. The vision is different. The future’s never been about her, and now she knows they’re coming for her:
Nomads.
How will she convince them to keep her alive when Nate, their leader, doesn’t like or even trust her? To him, she’s a science experiment. A machine.
When Public One will do anything to keep her, Reggie must make a decision: remain a slave to her past, or risk her future to venture into a world more terrifying than she’s ever known. 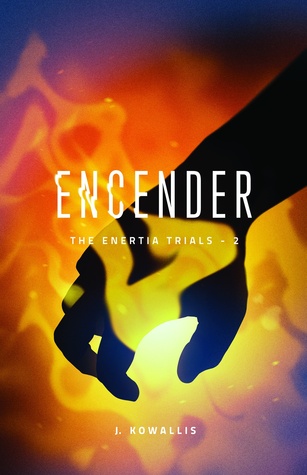 They say you feel cold when you die.
The people I’ve killed would beg to differ.
For twenty-something Ransley, the adopted daughter of famed street fighter Estevan Benitez, fighting is all she knows. One hidden detail separates her from the endless string of her pathetic opponents: she can craft and influence heat and fire.
When she’s pitted against the strongest fighters at the infamous Argolla, Ransley faces something she never expected:
A man like her.
Roydon can duplicate himself. When the two collide in the ring, a chain of deals turns Roydon over to Public Four and he’s taken away to undergo the disturbing process of the Nexis. What it is, or what it does, no one outside of The Public knows.
Driven by guilt and a desire to release the only person she’s ever met who’s like her, Ransley isn’t about to leave him for dead—not when he might hold the answers to her missing past. Now she must trust a pair of strangers: a former military man out to collapse the system, and a woman whose premonitions could tear them all apart. 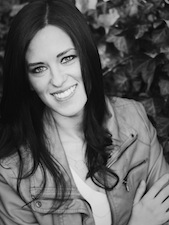 Author Bio:
J. Kowallis, the only girl of four children, grew up in northern Utah with a head full of wild stories (most often unreal). At the age of 9, she wrote her first poem, a dedication to E.B. White’s Charlotte’s Web. It was so intriguing, her third grade teacher requested to keep the original. Between living in various fictional worlds, and spending time on her studies, she managed to graduate from Weber State University’s creative writing program. She now lives in Utah with her Mini Schnauzer, Etta, and spends most of her time still bouncing between this world and the fantastical while enjoying delectable über-dark chocolate and lavender baths. She enjoys dreaming about, flying to, and writing about distant lands (real or unreal).

Buy these books here!
Overall Rating: ★★★★
J. Kowallis has a gift for telling a brutal dystopian story. I had the privilege of reading the first two books of The Enertia Trials, Afterimage and Encender. As soon as you start with Afterimage, you immediately become entwined with the entire plot line. You will immediately fall for the characters and find yourself imagining the story as if you are one of Kowallis's characters. Kowallis develops her characters in such a way that you feel as though they have become your best friends and part of your family. As a result, you will be turning the pages nonstop to find out what happens next. This continues through both novels and takes on some truly unique plot twists and story lines.
The Enertia Trials is the series fans of The Hunger Games and The Maze Runner have been waiting for. These novels are full of heart wrenching moments and brutal action and adventure. Kowallis does not focus on the typical dystopian plot lines. Instead the reader is transported to a unique and devastating world and thrust into a fascinating dystopian and sic-fi future.
There is something for every reader with The Enertia Trials. You have the brutal action sequences, the heartbreaking character deaths that would make George R.R. Martin proud, and a realistic love story (without the sappy buildup).
The characters in the series are constantly developing and growing and the story lines make for a page turning and exciting read. You will not be disappointed with The Enertia Trials and I highly recommend these books to readers looking for new adventure and a well written novel. J. Kowallis is an author to watch and I am excited to see where this series goes. There are so many questions to be answered and I am sure more hearts to be broken!
Make sure to check out the Afterimage & Encender Blog Tour Here!
Posted by Stephanie at 4:54 PM

What would you like to see on Novel Idea Reviews?

The Dragon Throne
by Chrys Cymri

Promote Your Page Too